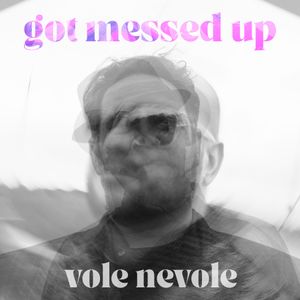 Summer is here and Nashville is abuzz with talk of live music. I must admit that I’m a little jealous of the friends who are already out playing shows again and I can’t wait to actually get out on a stage myself. I don’t know exactly when that will happen, but the band that I’m in is starting to look for a few summer shows. Who knows, maybe even a solo show will be in my near future. In the meantime, I’m pushing forward with my monthly free songs.

This practice, along with the IN THE CORNER conversations, has really given me a sense of musical direction. I spent so long unsure about what I was going to do with music, or even if I was going to continue doing music at all. Even though financially, I’ve taken a large step backward, I am finding much more inspiration and fulfillment. Don’t get me wrong, I hope to figure out a way to make music financially viable again, but I don’t want to fall into the same traps that took the joy out of it for me initially.

That means continuing to make sure that what I’m doing is more about the conversations and connections that you and I have and less about me just putting my own ideas out into the world. Music may be part of the process, but what I really want is to build community. I want to inspire you and I want you to inspire me. Then, I want us to carry that inspiration to others around us.

Geez. I started writing about live music and turned it into something else entirely. Sorry for getting all hippie-dippie. That’s the danger of sitting down to write without a clear direction. So I guess I should just introduce this month’s free song and stop rambling.

This month’s offering is a cover of R.L. Burnside’s song, Got Messed Up, recorded by the psouledelic blues band that I’m in, Vole Nevole. Fair warning, it ain’t going nowhere in a hurry. Sit back and give it a listen. Then reach out and let me know what’s on your mind.

Production Notes for Got Messed Up:
Originally Performed by R.L. Burnside