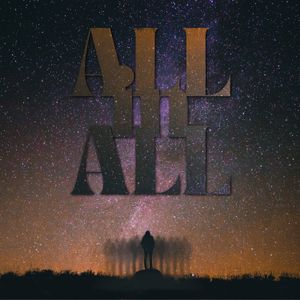 Every now and then, I sit down to write a song and something just flows out of me. Usually, I spend weeks, months, or even years reflecting on ideas and melodies, writing and re-writing until I’m somewhat satisfied with what I’ve distilled into a song. So the rare moments of flow that I receive always feel a bit special. Don’t get me wrong, I don’t think that spontaneous songs are better, or worse, from a quality standpoint. It’s the state of mind that exists in that moment of conception that brings about the significance.

Last week, as I was preparing for our IN THE CORNER conversation about nationalism, while also thinking ahead to next month’s topic of racism, I felt the urge to pick up my guitar and start playing. After singing for a few minutes, my first thought was that I had a good start for a future song. But the more I sat with the words ringing in my head, the more I was satisfied with where they left me.

I went to sleep that night and woke up the next morning with the song still on my mind. I opened my computer, made a quick recording, and looked at the time stamp. A little over two minutes. Once again the thought crossed my mind that I had a good start, but it was only a start. I’d keep working and, one day, maybe it’ll turn into a complete song. I listened to the recording and was suddenly brought back into the moment I wrote it. Again, sorrowful. Hopeful. Incomplete, yet somehow still complete.

I’ve been pondering these ideas for a long time. If you’ve followed my music over the years, these are themes that occur over and over. But in many ways, I’ve only recently discovered a sense of peace in the tension that has always existed. I can be sorrowful at the same time that I am hopeful. I can be incomplete and still somehow fully realized.

All in All, is a song about nationalism, it’s about racism, it’s about identity and politics. Honestly, it’s about almost everything we’ve talked about in the conversations we’ve had this year.

My context for “all in all” comes from the Bible, but I know it’s present in many faith traditions. It is an idea to represent completion. Some people put that concept in the future, as something we’re stumbling toward by the grace of God. These days, I understand it more as an idea that permeates all of time. I feel sorrow in my lack of expressing it in the past. I feel hopeful for my ability to incorporate it into the future. And I strive to experience it in the present - incomplete, yet somehow still complete.

I recorded this one at home, very quickly, just a few days ago - trying to capture the feelings before they faded. Even though I had other plans for this month's offering, it shoved its way to the front of the line.

Cover Art:
Photo by Greg Rakozy on Unsplash (not me)
Graphic Design: Jonathon Dewveall (hello, it's me again)